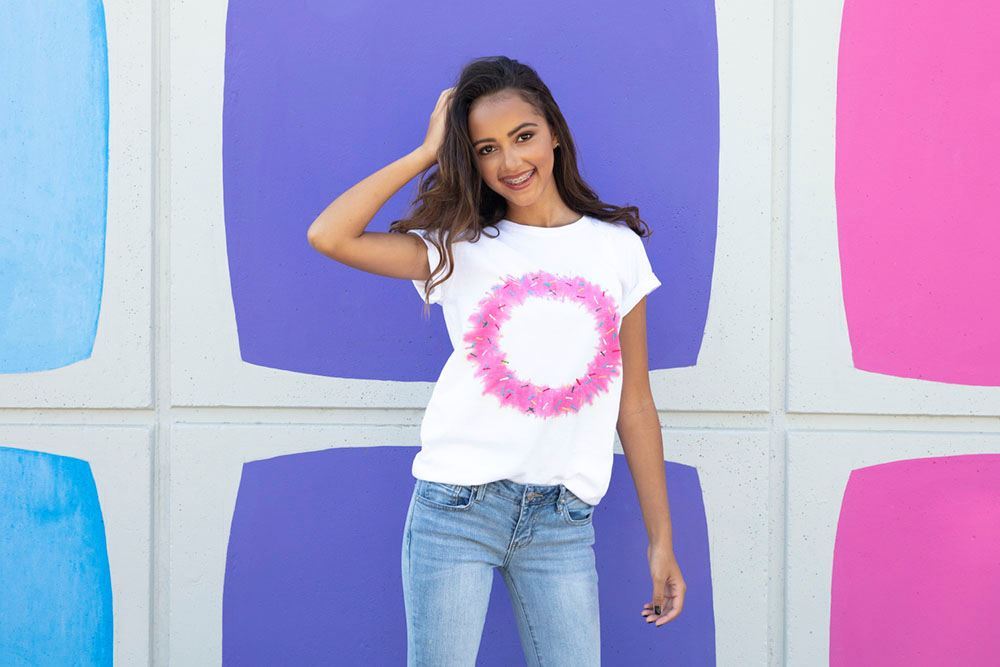 The next best thing to eating a donut is wearing one! Not literally, of course, but a donut tie-dye T-shirt is just about as fun as the real deal. Read on to see how easy it is to create your very own sweet tee complete with sprinkles on top.

- Posterboard or other heavy paper to make pattern 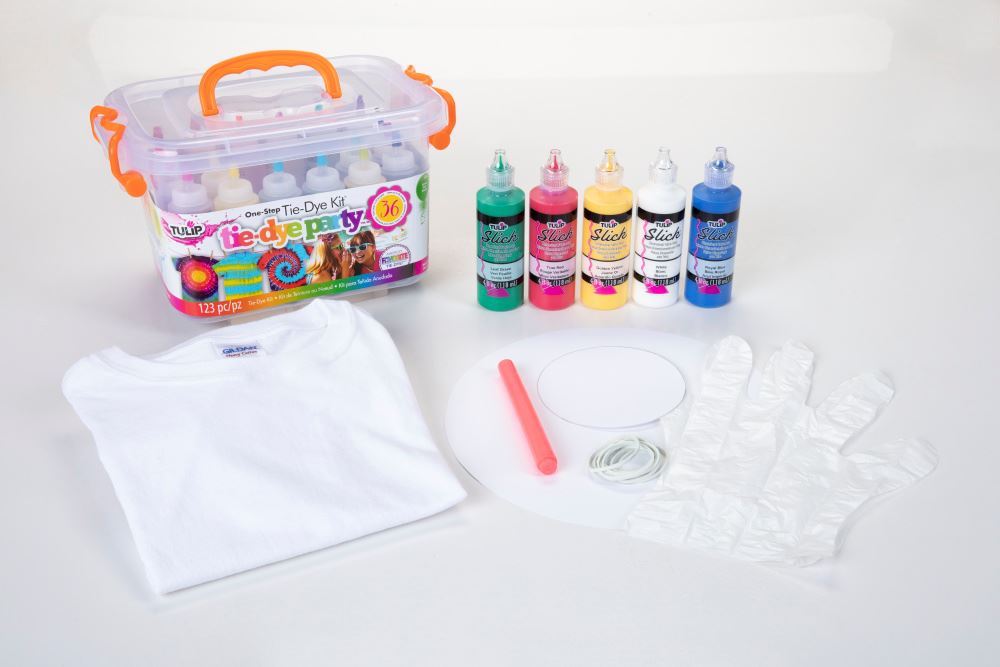 Fold damp T-shirt in half lengthwise 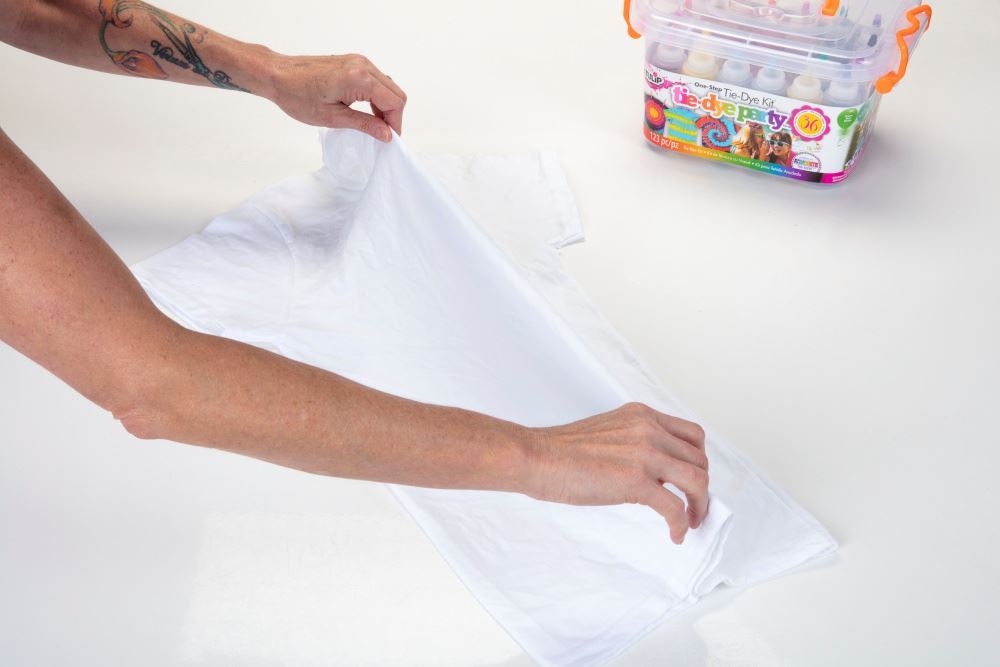 Fold damp T-shirt in half lengthwise. 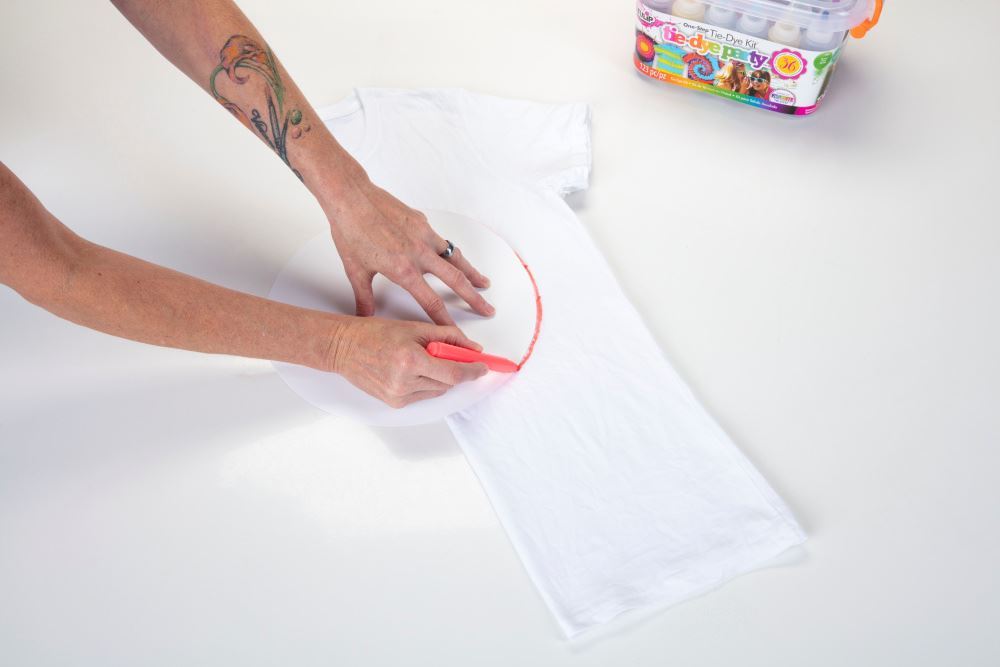 Draw two circles on poster board, one big one for the desired size of outside of donut, and a smaller one for the center hole. Cut out to create patterns. Lay half of large pattern circle along the center fold line, and trace around with washable marker. 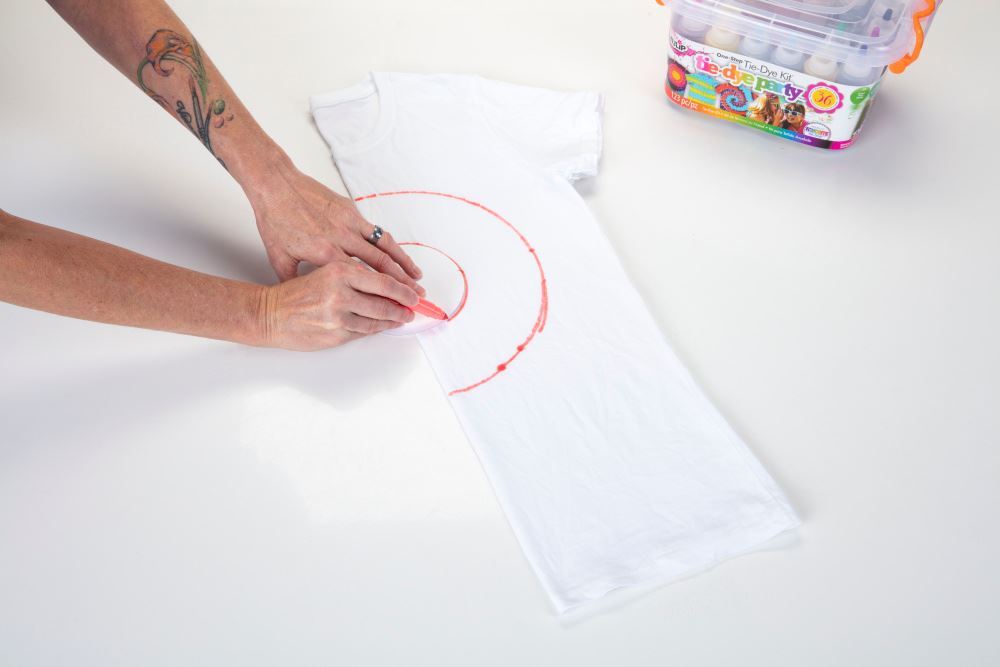 Place small circle pattern along center fold of shirt, inside large drawn half circle. Trace around with washable marker to create donut hole. 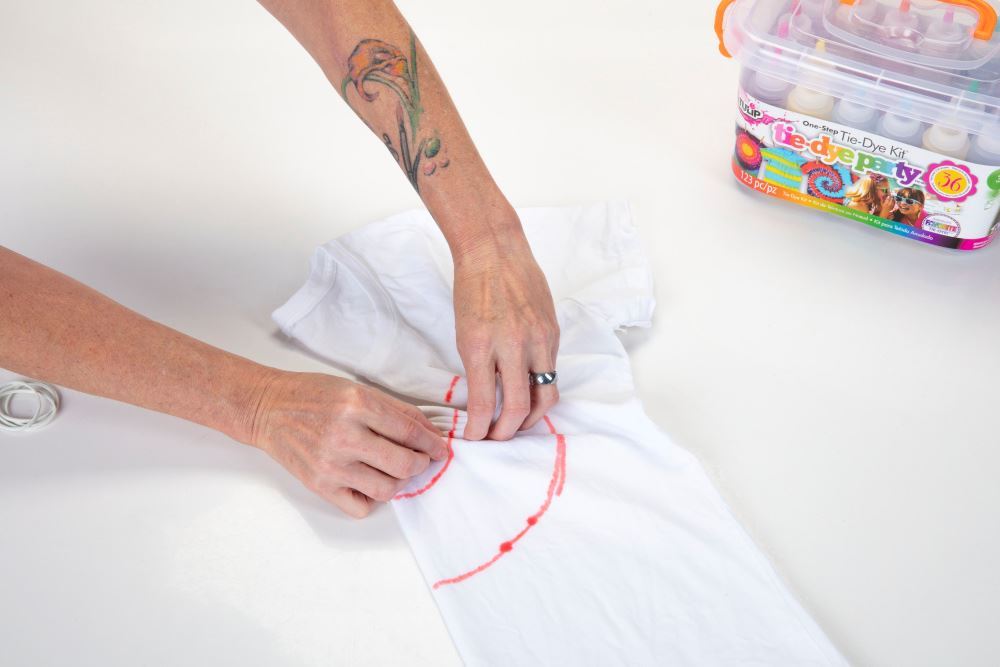 Pleat fabric along small half circle first, forming a straight marker line across the tops of pleats. Secure with a rubber band along this marker line. 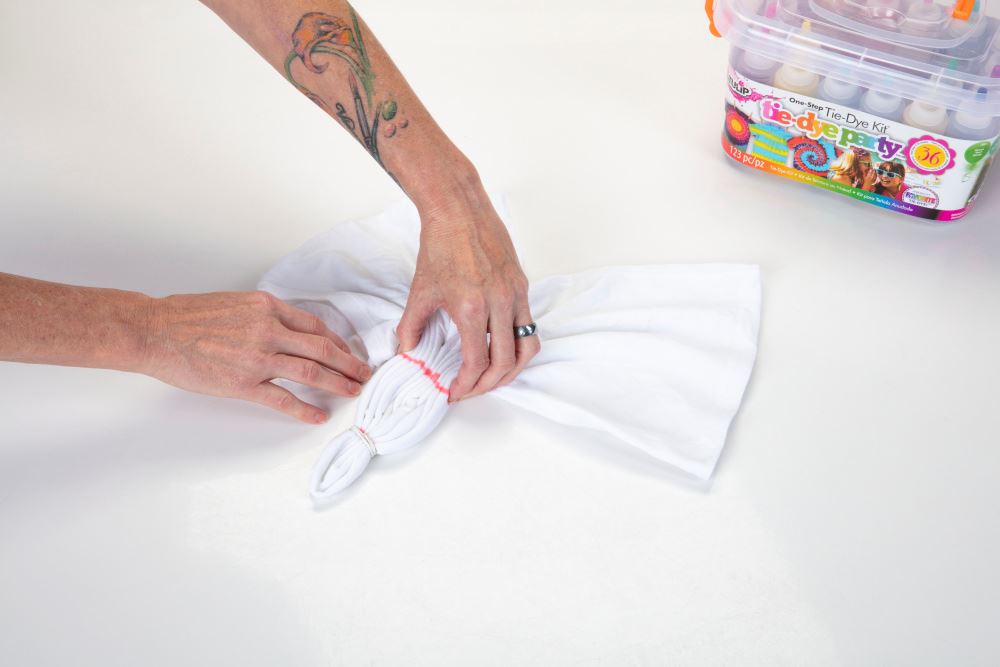 Repeat above step on outside marker line, and secure with rubber band. 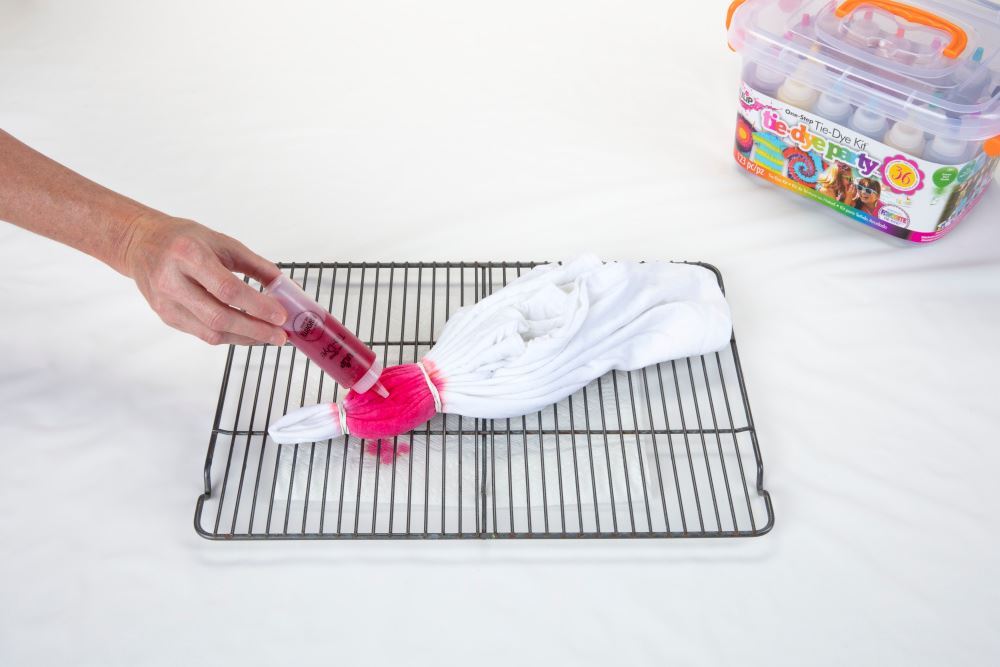 Apply pink dye to section of fabric between rubber bands (the donut) and let set, rinse and launder according to instructions. 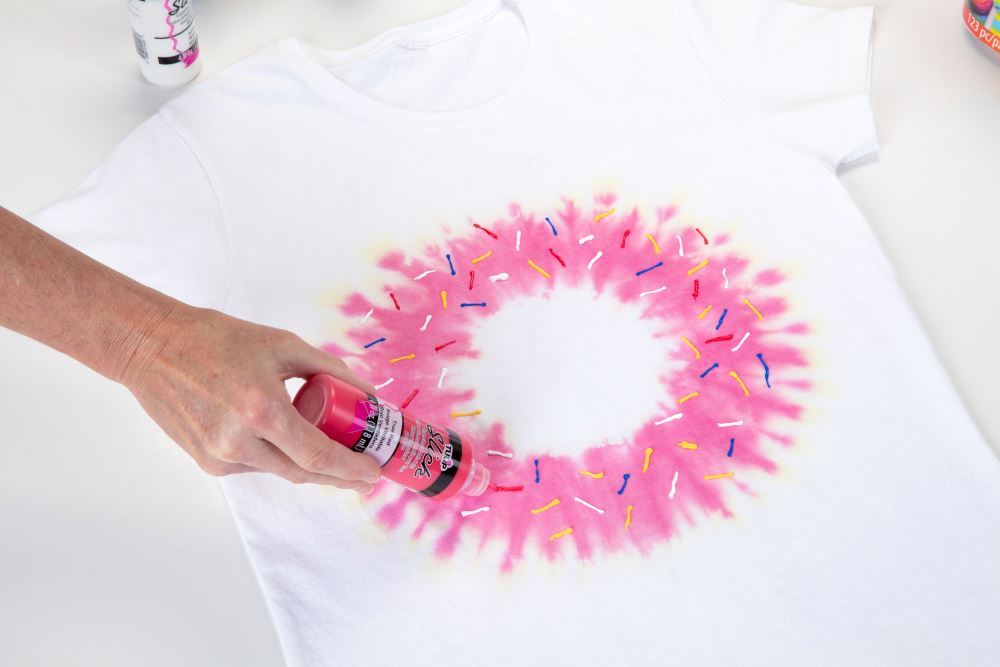 Insert another large piece of poster board inside shirt to create a stable painting surface. Use dimensional fabric paints to add “sprinkles” onto donut. Allow to dry. 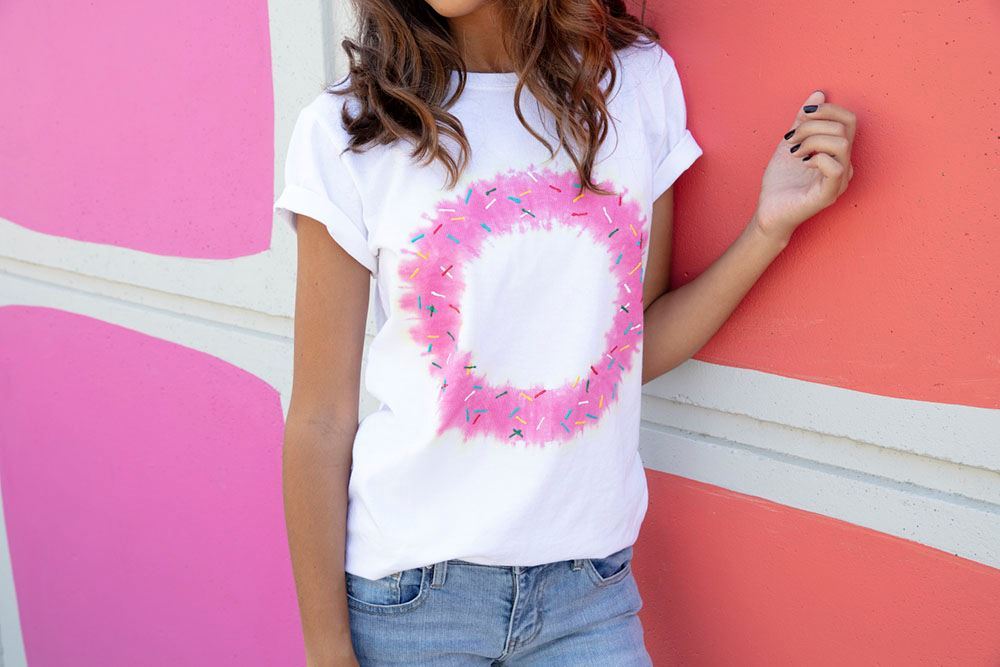 Now you can wear your donut tie dye to the donut shop to satisfy those sugar cravings you probably worked up during this project!

Get the product for this project 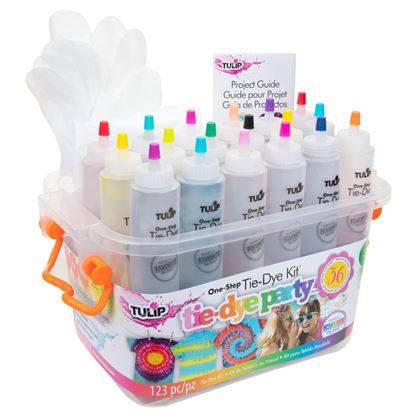 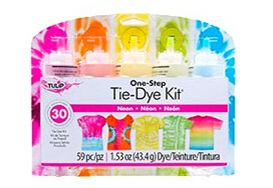